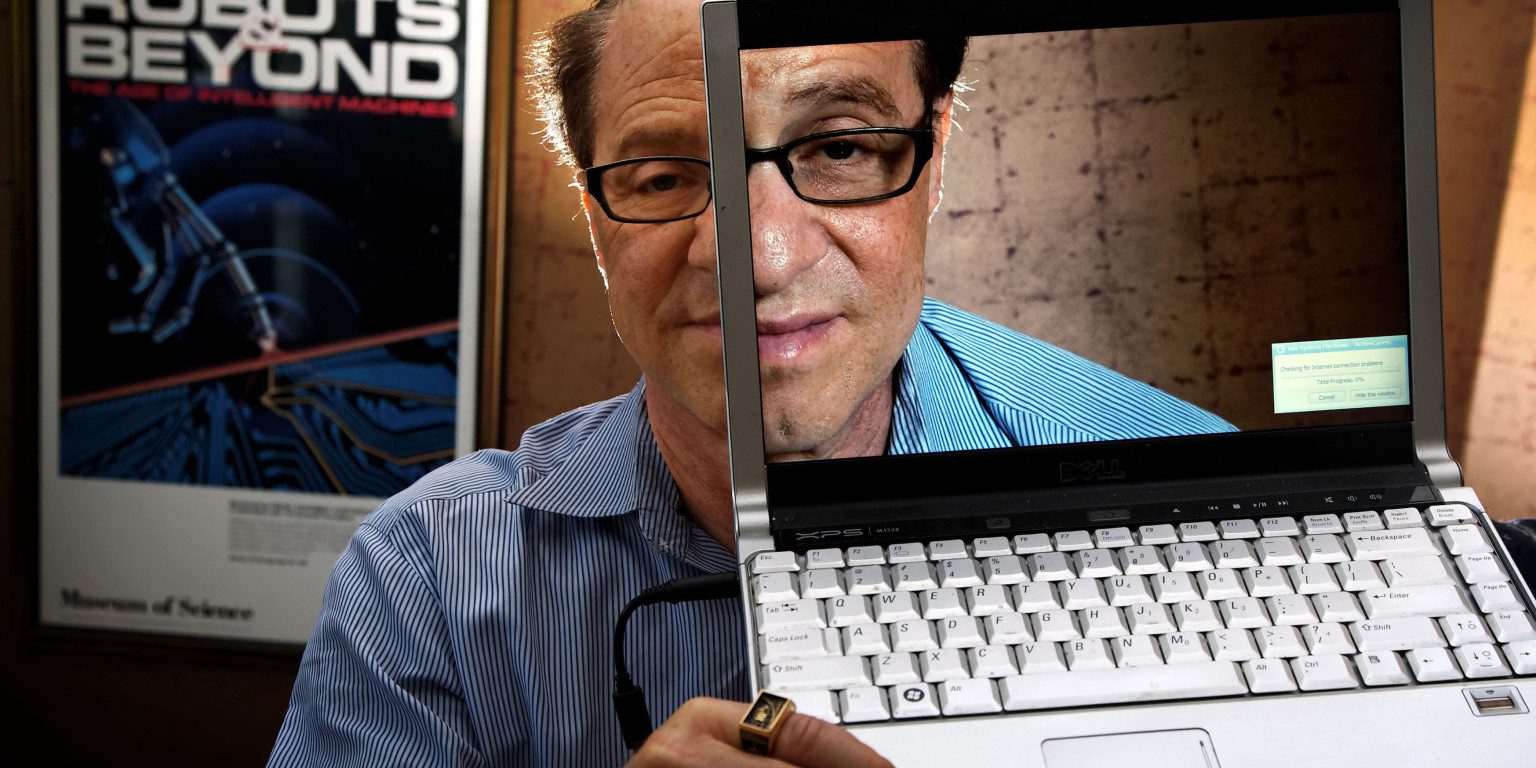 Ray Kurzweil is one of those men who is very difficult to describe and understand.

His biography is exceptional, awesome and readily available on every corner, so I’m not just going to copy and paste information that you can easily find yourself.

Ray is widely acclaimed by intellectuals, who can truly appreciate his immense success, but, and this is the curious part, he is equally lauded by people who don’t have anything to do with science or technology. You could even say that Kurzweil transcendsdifferent intellectual and cultural classes.

How is that possible? In some way, people just intuitively know that this man is saying something important.

He must be a genius. But what else?

Does anyone know what he’s like? Is there any information about Raymond as a human being?

The answer is no. (And if you find anything, please share it.)

It’s a bit strange that, although there is lots of literature and information available on Kurzweil, there is nothing in the least bit personal.

A little like a robot. Or a Raybot. A thinking machine. And nothing more.

So, I wanted to take a particular approach to these reflections on Ray Kurzweil: Who is Ray Kurzweil, really? What lies behind his impeccable prestige? What is this guy like?

As I said, finding information about the man online is like trying to find a neutrino at CERN. We know that there must be something there, but nobody has been able to find it yet.

So, I’m going to base this on my personal experiences and observations.

He is a family man and has been married for 43 years. In his (terrible, truly dreadful) documentary, Transcendent Man, he can be seen wearing a jumper that sports the legend, “Stanford Dad”. So, we can deduce that not only did he procreate, but that he’s also a proud father.

There are even more indications that he has a beating heart. You just have to look into his literary opus, ‘The Singularity is Near’.

It’s his masterpiece, the basis for the entire singularity movement, it is brilliant, impressive and any other superlative you can throw at it,but– it’s a terrible read.

It’s a thick tome that is 1000 pages long, mainly written in the form of a doctoral thesis (and of course, it comes with bibliography and footnotes included).

With a supposedly autobiographical theme and an attempt at artistic liberty, it alternates conversations between different protagonists at different points in time.

The autobiography’s introduction exceeds what would be a humble length. Ray knows he’s cool. And, as it’s his masterpiece, he doesn’t want to leave anything out. Reminiscent of Dorian Gray, he explains all of his successes to us: when he was 3 years old, when he was 5, then when he was 7 1/2… and so on, and so on.

But, among the avalanche of details, there’s a repeated theme of falling in love, friendship and feelings in general. Ray is able to feel all these emotions, but I think he attributes more importance to them than what he allows us to see.

Another incongruence between his cold exterior and his mysterious interior are the stories about his father. Reading between the lines, you get the sense of a great deal of love and pain. His father, the artist, shouldn’t have died.

Leaving aside his intellectual nature, I would describe him as an educated, sensitive humanist and optimist. He’s a good guy.

I had the honour and pleasure of meeting him, and I was able to ask him a few questions.

Without a doubt, it was one of the best moments of my life. But I won’t get into what I asked him, or what he answered. I’ll save that for another post.

A little teaser: my question made everyone laugh, and the whole room applauded. Only Ray took me completely seriously.

It was during the Exponential Medicine conference in 2017, during a Q&A session with the superstar.

The room was packed. We were stupid enough to think we were going to see him in person!

One of the few things I know about him is that he hates travelling. It’s far too much hassle. He’s busy getting to the next bridge.

Ray made an appearance via a VPD (virtual presence device) that day, to mix it up. The first time I saw him was a little more elaborate, in the form of a hologram. It was at the Singularity University, and he was one of the pioneers. So, they were still making an effort. As with everything, it had turned into a “gig”, and the realisation of such came gradually.

As I said, Ray is polite and patient. He’s a bad actor, but he perseveres.

He doesn’t make much of an effort to hide how bored he is at these events and how annoying it is when people don’t stop asking the same questions over and over again: THEY ARE ALL ANSWERED IN HIS BOOK!

This makes him very angry, and all the replies start with: “As I mention in my book”, “As I explained in chapter X of my book”… Biting his tongue so as not to shout: “Read my book, you idiot!”

I don’t know how many public events Ray is involved in where he has to answer questions from the public, but I’m sure there are a lot.

There is a cap on the number of questions so that it won’t get on his nerves too much, but that’s all. He is at the mercy of the public.

The ones who don’t ask about topics that have been covered in detail in his book ask questions that make you think: this guy has spent several days working on that question just to look clever, and they might even attract the guru’s attention.

And finally, it’s not surprising to see how many people ask the same question over and over again: “Will I achieve singularity?”

He is considered the predictions guru on the future: technology, society and humanity in general. But why? Because he can show that he got a certain amount right in the past, he is given the status of guru with regard to his predictions.

One of his most notable predictions was the explosive growth of the internet. “The era of intelligent machines”, 1990, foresaw how the internet, which at the time was still in its early days, would end up expanding around the globe and shaping the world as we know it today.

With regard to the progress made in medicine, he bets heavily on nanomedicine in particular, which he predicts will radically increase human lifespan. This theory connects to his firm convictions about technological singularity.

Of course, we also need to highlight his ingenuity for inventions and his success in building companies.

His friendship with soul legend Stevie Wonder led to his profound interest in music, which ended up in the first digital electronic piano that sounded like a real piano, invented at Stevie’s request. It was humbly named the KURZWEIL PIANO.

He was a pioneer of Artificial Intelligence (AI). At the end of the 1980s, he started commercial production on the first computer voice recognition system in history. Once again, for his friend Stevie, he invented a gadget that could read any written text out loud–a miracle for blind people at the time!

To draw this brief portrait of Kurzweil to a close… We need to explain how this scientist applies his theories to his daily life.

Kurzweil has followed a strict diet for decades, which includes an abundance of healthy carbohydrates. He is a self-declared pescatarian(he eats almost no meat) and accompanies his breakfast with a long list of pills and vitamin supplements, as he revealed in an interview with the Financial Times. All so he can bear witness to the future that he has spent years predicting! (The bridges!!).

He loves cats and has two at home, as well as an extensive collection of up to 400 feline figurines.

Kurzweil married to Sonya Rosenwaldin 1975, a renowned psychologist who gives classes at the Harvard Medical School, among other places. They have two children,Ethan Kurzweil, who works in venture capital investments, and Amy Kurzweil, a successful writer and cartoonist in the US.